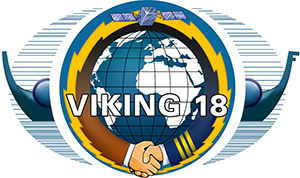 In one of the first examples of its kind, VIKING 18 exercise organizers have built Advanced Distributed Learning (ADL) capabilities into a largescale, multinational collective training event. VIKING 18 is a 10-day civil-military exercise, held April 2018 in Sweden, and involving more than 2,500 trainees from 50 countries. While military training frequently involves online learning, most exercises—particularly large, international ones—don’t integrate it as a core element.

Six nations contributed a total of 29 e-learning courses to the exercise. This included 27 pre-existing courses that met VIKING 18 learning objectives, sometimes with modifications, as well as two purpose-built offerings. Exercise participants began accessing the pre-training courses a month prior to the exercise and can refer to them throughout the event for just-in-time learning. 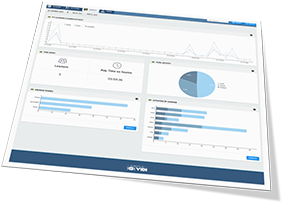 For VIKING 18, integrating xAPI into 29 diverse e-learning courses presented a challenge. While the premade courses already conformed to the SCORM® specification, they followed different versions, came from assorted authoring tools, and were often deployed on legacy platforms. As a result, in most cases the, exercise organizers couldn’t use the SCORM®-to-xAPI Wrapper (a JavaScript library developed by the ADL Initiative to automatically convert SCORM® basic run-time data into xAPI statements). However, they found creative ways to implement the Wrapper’s functionality across the collection of dissimilar courses. This enables relevant data, such as learners’ test scores and completions, to be collected across the 29 courses and aggregated into a single Learning Record Store (LRS).

To make use of the accumulated data, the e-learning developers created a web-based data visualization. This analytic dashboard not only analyzes the aggregated xAPI-conformant data but can also ingest non-xAPI data from the exercise’s simulation system, Exonaut®. This means that exercise organizers, and other stakeholders, can trace trainees’ performance across different times and technologies, unlocking the potential for deeper insights into the exercise training outcomes.