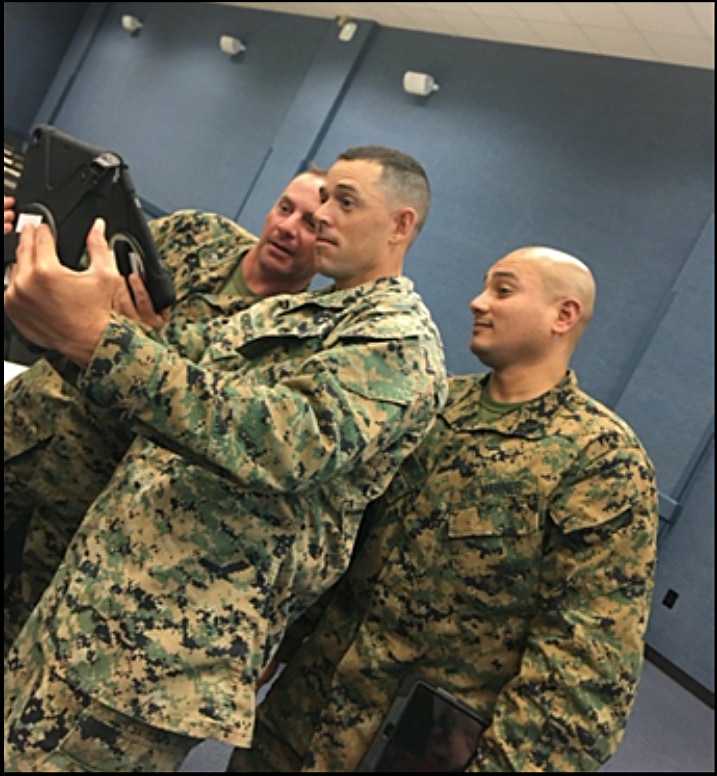 This week, the ADL Initiative delivered an interactive e-book version of the recently released Marine Corps Doctrinal Publication (MCDP) 7, Learning to the Commanding General of USMC Training and Education Command (TECOM). The ADL Initiative, with support from Eduworks Corp., developed the e-book using its Personalized eBook for Learning (PeBL) platform.

In March 2020, the ADL Initiative conducted a two-day workshop with TECOM on PeBL and its newly developed PeBL authoring tool. TECOM stakeholders requested this workshop after their positive experiences with earlier prototypes of the PeBL platform. The larger goal for the workshop was to support adoption of PeBL e-books as an educational tool by helping USMC staff learn to independently create PeBL e-books. 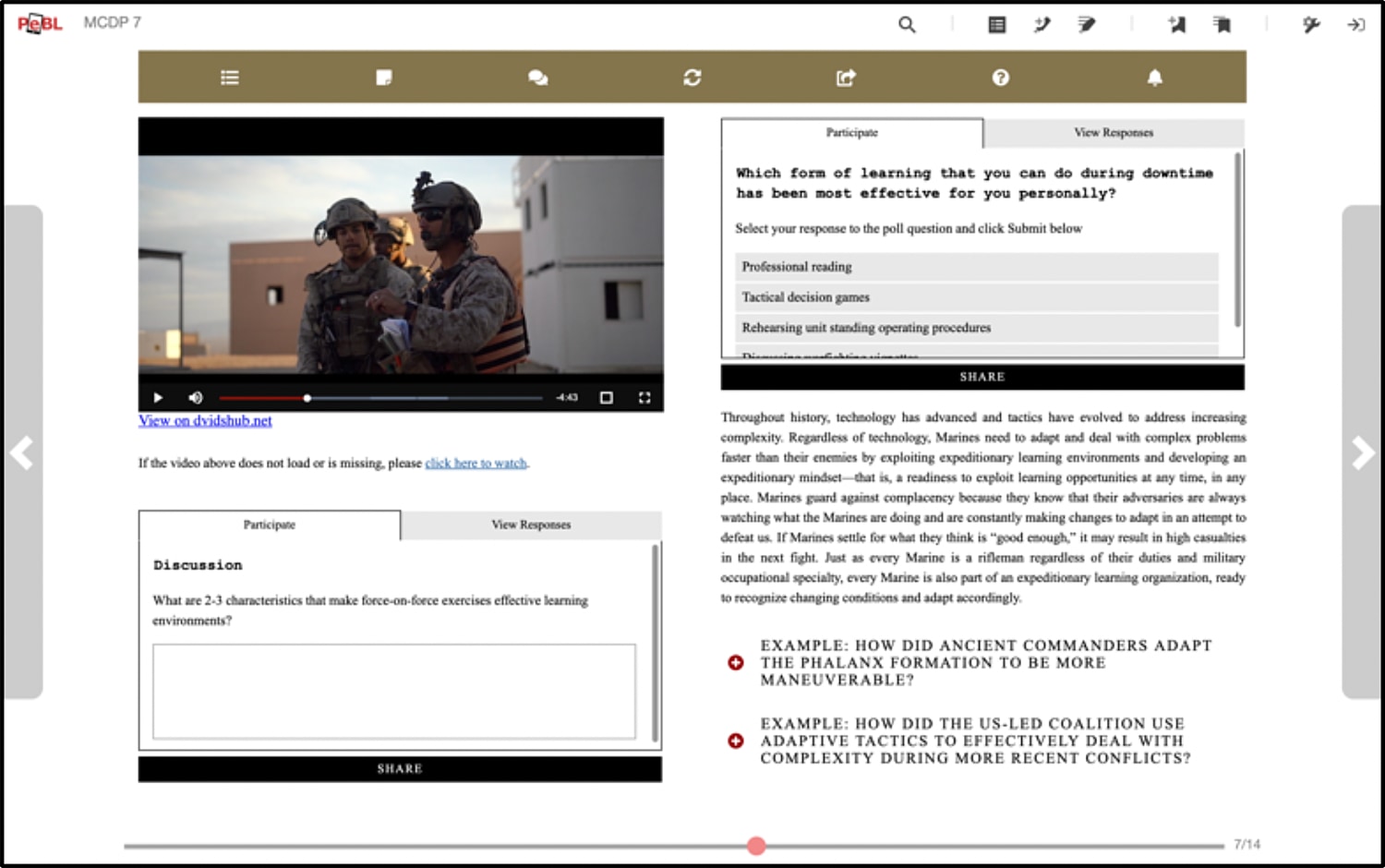 It creates an extension in the software that lets e-book authors add interactive and adaptive functionality into books created with that application. Adobe InDesign is one of the most popular page-layout applications and is considered an industry standard, so adding the authoring tool into it makes PeBL immediately accessible to a majority of book designers—without the need to learn a new software application.

The ADL Initiative first demonstrated an early version of PeBL at a testing event in 2017 with Special Operators at Ft. Bragg, NC. That same year, TECOM tested an alpha version of the platform. Among other things, feedback from those focus groups highlighted the need for an authoring tool. The PeBL work continued in 2018, with a focus on developing those authoring capabilities and extending the PeBL platform into a browser environment. In the fall of 2019, the ADL Initiative demonstrated a more mature prototype to Marine Corps artillery instructors at Ft. Sill, OK, as part of a usability study. Those instructors showed immediate interest in learning how to create their own PeBL e-books for their training curricula. 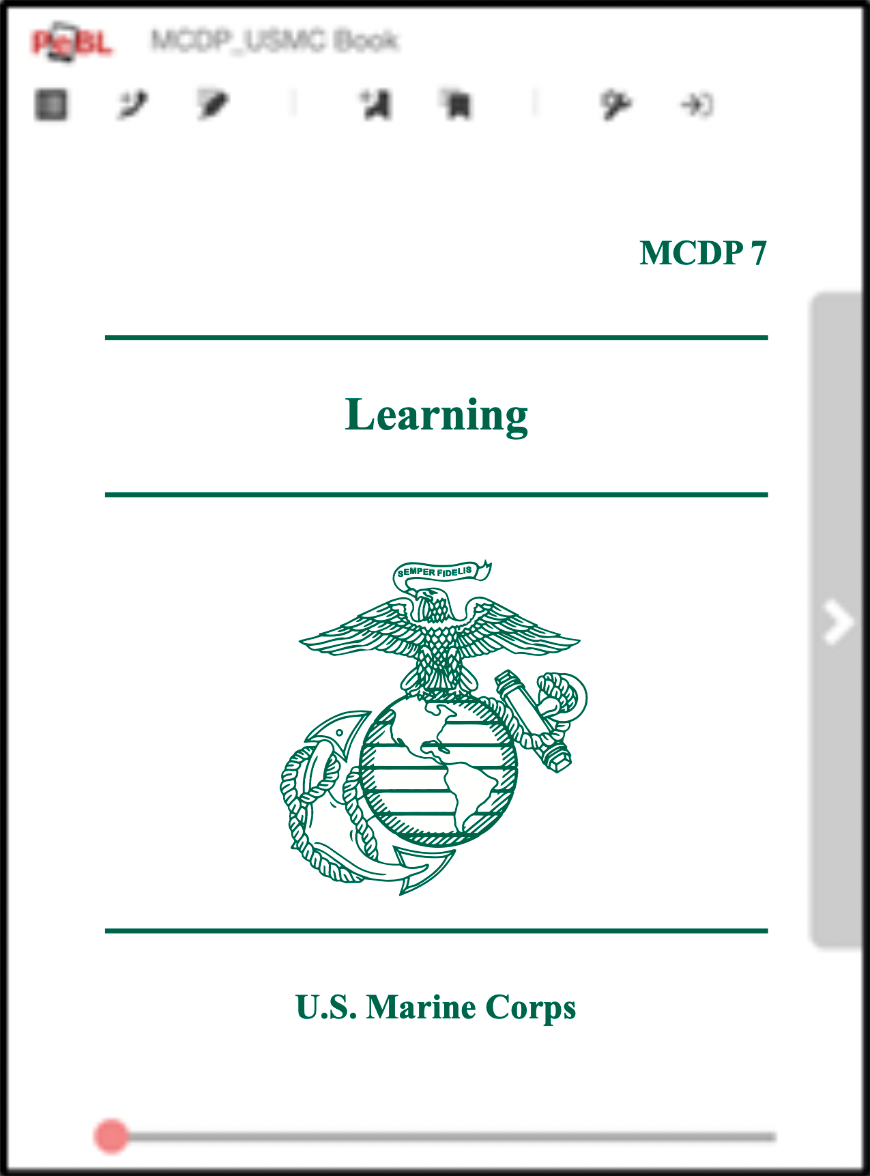 The most recent workshop, held at Quantico in March, leveraged the newly released MCDP 7 doctrine as sample content. Over a dozen educators and ISDs attended the two-day event. The first day included a high-level overview of a PeBL e-book, the Adobe InDesign software package, the new authoring tool, and an instructional suggestion for maximizing engagement with the e-book format. The second day was a deeper dive into the advanced functionality of the authoring tool, including altering a PeBL e-book at the code level, examining xAPI statements, and understanding how to create visualizations from those xAPI statements.

As a result of very positive feedback from the workshop, Major General William F. Mullen, TECOM’s Commanding General, requested that the MCDP 7 be turned into a fully interactive workbook. 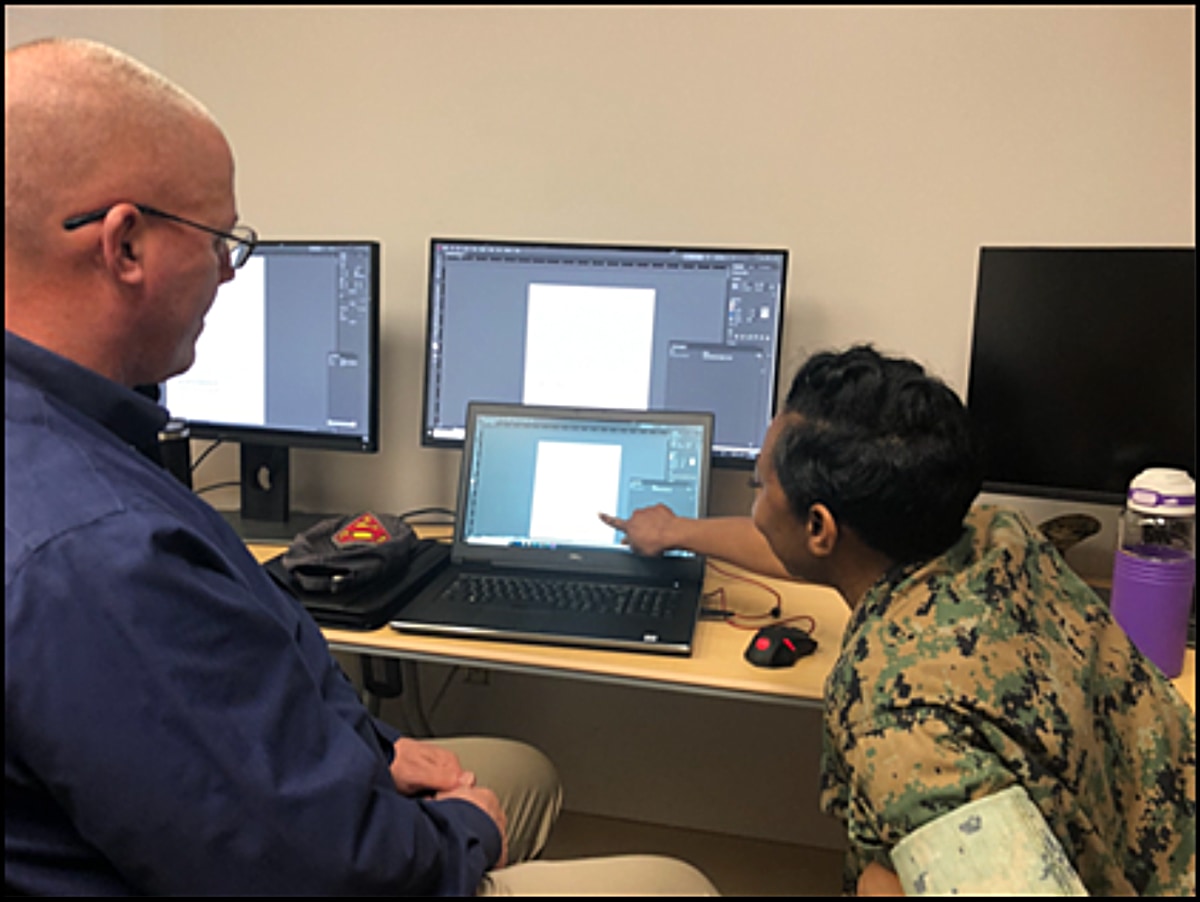 He envisioned Marines at large interacting with a personalized “workbook” version of the publication that helps them synthesize and better understand the material as opposed to merely reading a static document. A task force with team members from the ADL Initiative, TECOM, and Eduworks was established. In less than a month, the team transformed MCDP 7 into a fully interactive workbook. TECOM is working to get the MCDP 7 interactive workbook to the entire Marine Corps, and ultimately will work with the ADL Initiative to incorporate PeBL usage broadly into the USMC’s operational education and training, beyond singular test and demonstration opportunities.

The PeBL authoring tool plug-in will be complete by May 2020 and will be available via the ADL Initiative’s Learning Technology Warehouse. Documentation on the overall PeBL specification is also available from that location. As with all of the ADL Initiative’s research and development projects, the PeBL plug-in is open-source and free for government purposes, and because PeBL e-books are instrumented with xAPI, they are compliant with the Total Learning Architecture.